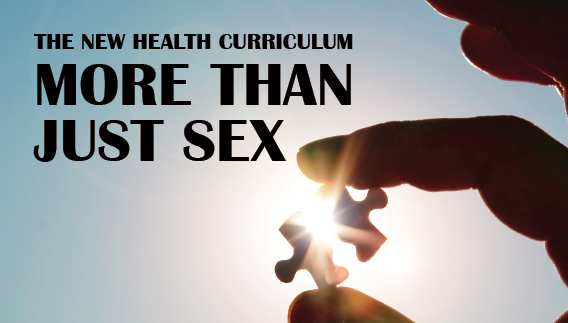 For the first time in almost 20 years, Ontario’s health curriculum has received a major overhaul. Although some parent and religious groups have mounted protests, Ontario’s new curriculum is a rounded program that looks at all aspects of health including sex, physical wellness, and mental health. Except for a couple of provinces and territories that are lagging behind, we are all on the same page.

This is great news for Canadian youth. Good health education is the foundation of a healthy society. Students who learn how to communicate within relationships, respect themselves and others, and make healthy choices become healthy adults. Programs are available to support educators as they share this toolkit for life. Health education, whether mandatory curriculum or supportive programs, is an essential part of student development.

Until recently, Ontario had the oldest health curriculum in Canada. It made no mention of difficult issues in our technology-driven society. “Bullying wasn’t even referred to at all in 1998 as an electronic form, it’s so out of date,” Chris Markham, executive director of Ontario Physical and Health Education Association (OPHEA). Despite the antiquated subject matter, the introduction of a revised health curriculum in 2010 met with protest. Since then, the curriculum has been reviewed and revised and sent back more than once.

Outcry over the newest Ontario version focus on sexual teachings: naming correct body parts in grade one, addressing puberty in grade four, sexual identity and orientation in grade nine. The previous curriculum was very fact-based and simply provided information. “Now, the focus is much more around the development of skills and knowledge to be able to manage and deal with all aspects of health.” Ontario’s health teachings are now in line with most other areas of Canada. When grade one students learn anatomical language, we know that provinces like New Brunswick also follow a similar time line. “And we can rationalize why, based on evidence and current research,” Markham says.

British Columbia is also in the midst of redesigning its kindergarten to grade nine health curriculum (last updated in 2005), with plans to focus on the online world. Starting in primary school, students begin to learn about safety and avoiding uncomfortable situations. Those conversations become more sophisticated as the years progress to cover topics like sexting and appropriate social behaviour.

However, some provinces aren’t doing as well as others when it comes to comprehensive teachings. “There are a lot of struggles with health and sexual education in Alberta,” says Pam Kraus, executive director of Calgary Sexual Health. They run multiple programs that look at sexual health in relation to decision-making, communication, relationship-building, and media literacy. “It’s not just about sex. People know how to use a condom, but they don’t know how to talk to their partner about using a condom. It’s all about using tools and information to get that end result. It’s about your own values and your own ability to make decisions,” Kraus says.

A 1985 mandate simply states students in Alberta will be taught sexual education as part of the health curriculum. Expected outcomes are very broad. “But otherwise there is no curriculum,” Kraus says. So, Calgary Sexual Health often gets called in “when the computer teacher pulls the short straw” to tell kids about this toolkit. “In other places in Alberta they basically don’t teach it at all. The fact that could even happen is alarming. That would never happen with math,” Kraus says.

One well-publicized program from Calgary Sexual health is WizeGuys that speaks directly to 14-year-old boys. “It’s really about masculinity and what it’s like to be a man in this society. It’s about how to build healthy relationships with family and friends. Most of these boys aren’t even sexually active yet,” Kraus says. The WizeGuys program has also proved to help reduce bullying and homophobia. “They often do these things without thinking,” Kraus says. Once they learn about the impact of their actions, about how the other students feel, about issues surrounding self-esteem and sexual orientation, they stop.

Sexual orientation, relationships, sexting, consent, and proper anatomical language only skim the surface. “We seem to spend too much time talking about sex ed instead of overall health,” says Markham.

“Health is such an important aspect of education. It creeps into the everyday of what we do and who we are,” agrees Stephanie Talsma, program manager of At My Best, an Ontario-based program that supports educators with a three-pronged approach: physical activity, healthy eating, and emotional well-being.

“It can be difficult as an educator to get into these topics,” Talsma concedes. Often, a generalist teacher is teaching health and phys-ed in the classroom. But it is possible, for example, to extend a basketball lesson to other aspects of life. “You can be physically active, but you can also broach topics of teamwork, leadership, and healthy eating. You have to alter the conversation to focus on other health aspects,” Talsma says. Basketball is a physical workout, yes, but it has lessons on teamwork and leadership, how to eat the proteins your body needs to grow your muscles so you can run faster and jump higher, how sleep is important to building those muscles and resting the brain.

“At My Best attacks from all angles, and they all tie into one another,” Talsma says. The program aims to promote the holistic development of the student. “Emotional well-being is the key to making other healthy decisions,” Talsma says. Emotional well-being will help you carry yourself, it teaches how to move and how to ask to join a game. Those social skills and character development impact your motivation to become physically active. If you’re active, you need to eat and sleep well. If you don’t, you may not feel well. If you don’t feel well, you won’t have that confidence to ask to join the game. It is all connected.

“Education of our kids is a shared responsibility,” says Markham. Parents are the first educators, teaching values, belief, and tradition. Teachers are responsible for meeting the curriculum and creating a safe, inclusive environment. Students need to be willing to learn, and society has to support them. “Society is starting to realize that we need to talk about things like consent, like mental health, like open communication. Things like this are so integral to human development,” Kraus says. “We’ve done such a poor job of educating young people that now it is a lot of work to bring them into the fold. But they are ready and they need it.” 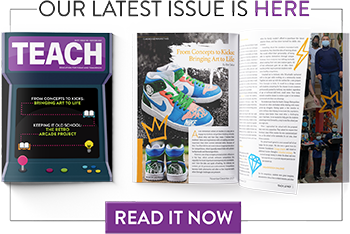 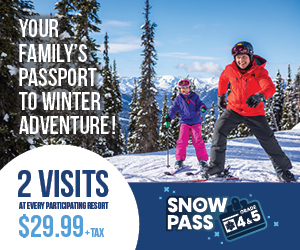