Murder and Mayhem: Shakespeare in the Classroom 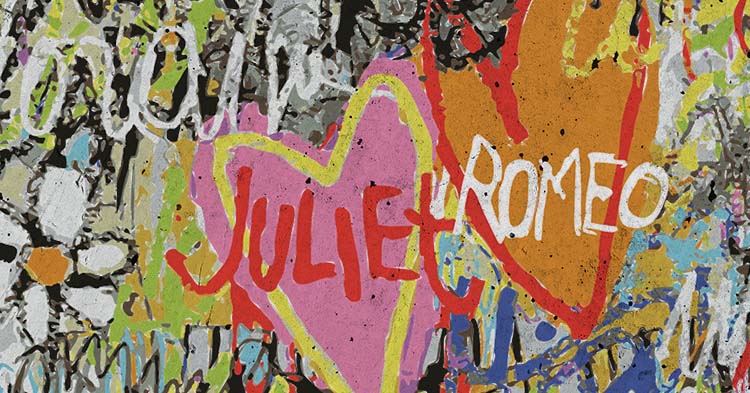 Does the thought of teaching A Midsummer’s Night Dream give you nightmares?

This year marks the 400th anniversary of Shakespeare’s death, renewing attention on a man whom scholars treat as a demigod and students often loathe and associate with drudgery. A playwright by any other name wouldn’t inspire such strong reactions. New novels based on his plays are hitting shelves; appreciation societies are planning events. Teachers are tasked, however, with introducing youth to this foundational, cultural icon.

Even those who’ve studied Shakespeare find this challenging.

Christie deSouza spent 10 years too intimidated to introduce her Grade 6 and 7 students in Georgetown, ON, to Shakespeare—despite excelling in classes about the bard while completing an English degree. Watching a younger colleague teach his Grade 3 students Shakespeare challenged her to follow suit. She made Shakespeare a part of her class culture for more than a decade. They’d study a play each year, incorporating its themes across subjects. Students would learn about structures and stability in science, for example, by building Macbeth’s throne. At the end of the year, they’d perform the play for the school and community.

Shakespeare is revered for his use of words. “We’re talking about a language here that engages you from the tips of your toes to the top of your head,” says Michael Kelly, artistic director of Shakespeare in Action, a Toronto theatre company that introduces Shakespeare to students across grades—even Kindergarten. “It goes through your spirit.”

It also creates barriers. Fear can keep students from understanding the metaphors that make Shakespeare famous. People don’t use “thee” and “thou,” let alone speak in iambic pentameter.

Students understand more than they think they do, says Kelly. Their problem is getting used to Shakespeare’s sentence structure and poetic devices. After students read a passage, he asks how it made them feel and how they think the character feels, using the text to support their ideas. Students then read the passage again, but this time with emotion—the same emotion of the character. Afterwards, Kelly asks them how many of the words they didn’t understand. A speech of a hundred or so words may only include a handful they don’t know, he says.

Teachers can make Shakespeare understandable without replacing the language with modern speech. Quality editions are important, with footnotes to explain confusing words and provide context. Students shouldn’t read Shakespeare alone at home, but teachers don’t need to analyze every word either. deSouza would edit the plays, removing passages not crucial to the plot, or shorten longer speeches, like the “To be or not to be” soliloquy from Hamlet.

This also works for older students. Linda Beaven, a former high school English and drama teacher in Summerland, BC, never assigned entire plays for students to read. She focused on “juicy parts” with action or crucial character development. She didn’t shy away from teaching difficult passages; students feel accomplished when they’ve worked hard to understand Shakespeare, she says. But the “purpose is not to turn kids off. It’s to turn kids on.”

This may mean turning to popular culture; after all, Shakespeare was considered popular entertainment in his day. “Shakespeare wrote for queens and prostitutes, high and low,” says Erin Weinberg, a teaching fellow and PhD candidate at Queen’s University in Kingston, ON. She introduced her undergraduate students to the historical background of Henry IV Part I by comparing it to Game of Thrones. It helps if teachers use versions of the plays with actors that students know, like Hamlet with Sherlock’s Benedict Cumberbatch. Students may find it easier to visualize the action if they already recognize the people playing the characters.

“I don’t think that’s bringing Shakespeare down a level,” Weinberg says. She often teaches with YouTube clips. Students email her Shakespeare memes they’ve found, asking if she can put them on her notes. “I think it’s aligning everyone on the same level, working to the students’ skills and interests.” 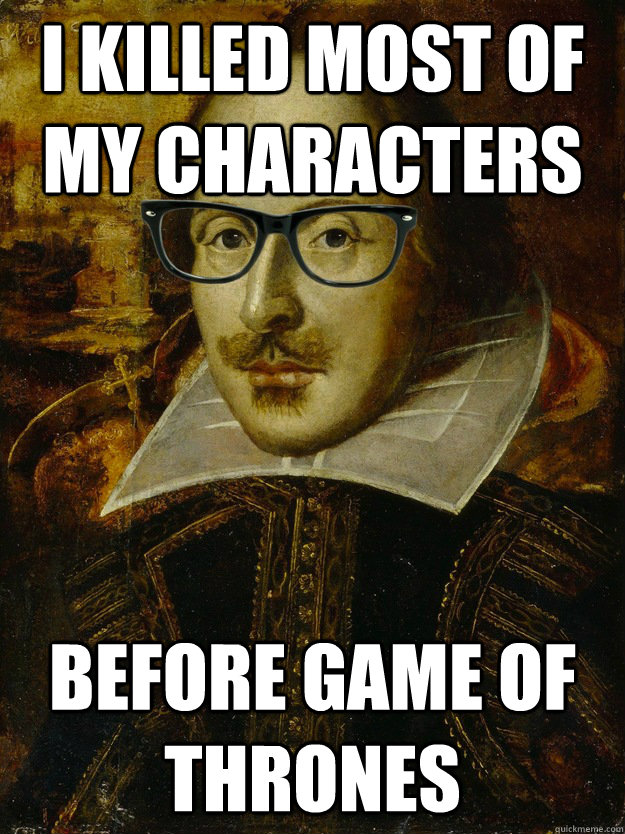 Pop culture “allows them to see themselves in the literature because it allows them to see that it’s something that’s current,” says Robert Mancini, a high school English teacher in Toronto. He tries to make his lessons fun. When he first taught Macbeth, he tasked students with creating horoscopes based on what they thought would happen to the characters. As they read the play, they’d see what predictions came true.

He’s used the play to introduce psychoanalysis. Students tell their dreams to a classmate, analyze them, and then use those theories when discussing Macbeth’s dreams. Students wear simple costumes, like hats or crowns, when reading parts out loud during class. When studying Romeo and Juliet, students have worn masks and learned about Venetian balls. They don’t memorize parts of the play—unless they have to perform it, he says. While he has a Master’s in English, his exams don’t include sight passages. “I never liked it as a student,” he reveals.

Most students don’t study Shakespeare because they like it—English classes are mandatory. But if teachers can help students enjoy the work, that can lead to discussing topics students need to understand, like war, dictatorships, racism, death, gender roles, and sexuality.

Some plays are troublesome. Romeo and Juliet may have resisted a feud, but they also committed suicide. The Merchant of Venice can be seen as racist; even the often light-hearted A Midsummer’s Night Dream includes passages portraying violence towards women as acceptable.

When those passages are taught “without recognition that [this idea] is very problematic—then it’s a problem,” says Weinberg, adding that Shakespeare provides a perfect opportunity to teach students violence is not an acceptable way to enforce power dynamics.

The potential for these moments should inspire teachers to help their students, young or old, have a good introduction to Shakespeare. “That’s the genius of Shakespeare,” says Kelly. “What didn’t he write about?”

Meagan Gillmore is a writer and editor in Toronto. One of her favourite high school memories is running around her house yelling “Unsex me now!” to help her memorize Lady Macbeth’s famous soliloquy from Macbeth.