Who Should Teach Financial Literacy to Kids? 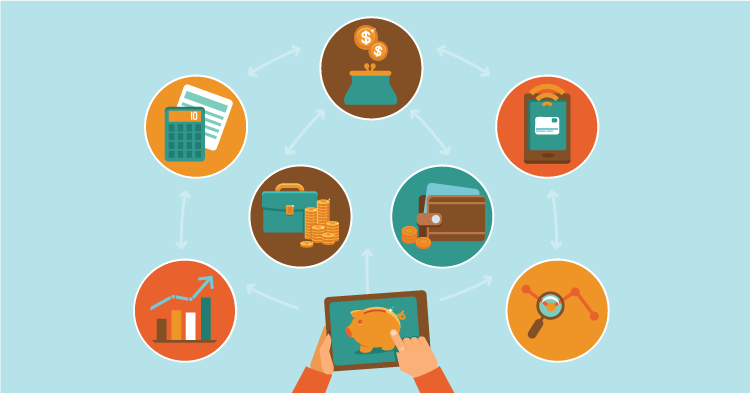 Kyle Provost, a high school teacher in Manitoba, moved to a rural town outside Winnipeg for his current teaching gig. With no rental opportunities in the area, Provost’s only option was to buy a house. He quickly realized that he had little knowledge of the personal finances needed.

“I had 18 years of education, but I had no idea how to buy a house,” Provost says. “I knew money exchanged hands, but I didn’t know what an interest rate was all about or any other details like that.”

Financial education. It’s a small phrase, but it holds big meaning. Some say teach it at home. Others say integrate it into existing curriculum. Some advocate for personal finance courses. One thing we should all agree on, though, is that this catch-all idea of financial education—handling personal finances, asset management, understanding debt, proper credit use, comparison shopping, retirement funds, building saving accounts—is of utmost importance.

Provost sums it up perfectly: “It’s a Canadian issue, not just a student issue.” Shortly after being faced with one of the biggest financial decisions of his life, Provost, a humanities teacher, decided to found the site MyUniversityMoney with Justin Bouchard, another educator in Manitoba. (Provost is also the author of More Money for Beer and Textbooks: A Financial Guide for Today’s Canadian Student, a practical book for teens on how to save money for and during post-secondary education.)

Why would a humanities teacher be so invested in personal finance? Because learning math equations is not the main problem when it comes to financial education. “Math is the sidebar component. It’s about decision-making and good financial behaviour,” says Gary Rabbior, president of the Canadian Foundation for Economic Education (CFEE).

“The formula is only ten percent of the battle,” Provost agrees. We have to address the behavioural aspects of why citizens max out credit cards and spend their pension fund on a mortgage. Personal finance in the current generation is more an issue of lifestyle and social norms. “It’s a combination of behaviour and math. If you don’t know how to compare renting versus purchasing in terms of how it fits your lifestyle, you can’t put that into a formula,” he says.

There is currently a fairly substantial generational difference between teens now and their parents or grandparents in terms of access to credit cards, lines of credit, mortgages, and greater social acceptance of debt, as well as fewer job prospects and radically different retirement plans. Many adults caught in this “vortex,” as Provost calls it, don’t know the answers. “I call it the ‘emperor has no clothes’ syndrome,” he explains. “They have no plan. They don’t want to think about it, don’t want to admit they don’t know.”

This syndrome is particularly problematic because most lifestyle lessons are taught at home. “Parents are our children’s first teachers,” says Carla Hindman, director of financial education at Practical Money Skills. “But not every child has the same opportunities at home,” she admits.

Ideally, it’s a shared responsibility, Rabbior says. “We have to have parents and teachers working together.” But in reality, parents may not be qualified.

“Most adults statistically get a failing grade when it comes to personal finance,” Provost says. And money is still a taboo topic in a lot of homes—parents are more apt to discuss sex education at the dinner table than money.

But Rabbior points out that parents, despite having little financial education, have had years of experience. “They’ve made mistakes, they’ve made good decisions. They can pass on that experiential knowledge,” he explains.

So, it seems school may be the best official financial launching pad. “However, we know teachers have so many responsibilities,” Hindman says. The good news is there are plenty of resources available to help.

Practical Money Skills, from Visa Canada, has three levels of apps and games: Peter Pig Money Counter for ages four to six, Money Metropolis for ages seven to twelve, and Financial Soccer for the older set. They also have a curriculum program called Choices and Decisions available for Grade 10.

“The goal is to understand spending, managing debt, and the ins-and-outs of finances. But we try to keep it at the most basic and separate from the brand,” says Hindman. “We don’t try to hide the fact that we operate out of Visa Canada. But it’s by no means a way to promote the product,” she adds.

RBC has put money into developing programs as well: they offer a curriculum called It All Adds Up. “It teaches young Canadians about personal finances in an interesting, relatable and practical way,” says Andrew Block, senior manager of communications at RBC.

Corporate-public partnerships may be the way to go. “It’s one of the only ways to be sure resources get in. Schools are just spread so thin,” says Rabbior.

BMO and CFEE have teamed up to create “Talk to Our Kids about Money Day,” an April event that encourages conversation. “It’s about linking the home with the school,” Rabbior explains.

Provost is, understandingly, concerned about big banks doling out this type of information. “It’s like Monsanto teaching biology. Clearly they have a stake in it,” he says.

Some not-for-profit companies do provide resources, like the Ontario Securities Commission’s GetSmarterAboutMoney.ca or CFEE, which is not-for-profit. But these are unfortunately few and far between.

Weaving financial behaviour lessons and decision-making throughout the early grades and across a range of subjects is thought of as most beneficial, says Rabbior. But it has to be done during the elementary grades. “You don’t just grab them in one course in high school, you have to lay the foundation early on,” he adds.

Ontario has done a lot of work on integrating personal finance into every day curriculum. They have Scope and Sequence of Expectations documents for both elementary and secondary schools, which outline exactly how to weave financial education into everything from gym to science class.

Amanda Thacker, a grade 12 student in Cambridge, ON, has learned all she knows about finances from her family. “They don’t teach us anything about personal finance in school, which is unfortunate,” she says. “Solely because of my parents, I feel pretty well-informed on the issues of debt, savings, money management, and that sort of thing.”

While Thacker’s year is a little old to judge whether the integration method is working, we know that integration is harder to do than to say. “It’s really good in theory. It looks good on paper,” Provost says. “But we’re already integrating so many things. Teachers are inundated. We’re at our limit.”

What’s on paper isn’t trickling down to the students. “The answer is not integration,” Provost notes. The answer is lobbying and advising for a series of personal finance courses throughout a student’s school career. “It’s the best in the long term.”

And Provost does his best to practice what he preaches. He received a school-initiated credit (SIC) for a personal finance course he developed. The course is in its third year at his high school, and he has high hopes for expanding it across Manitoba.

The question arises again, though, who is best qualified to teach Canadian youth about personal finance?

Provost feels strongly that a general teacher is not the answer. “Teachers may be some of the least qualified to teach personal finance. Teachers don’t need to pay attention to it. We have unparalleled job security. We have rigid job levels. The vast majority of insurance is covered. Because of this, we have an even more apparent ‘emperor has no clothes’ syndrome,” he says.

A personal finance course would ideally be taught by an educator who specializes in the material, just as band class is (theoretically) taught by a musician and chemistry is taught by a specialized science teacher.

On the other hand, Rabbior thinks any teacher can educate kids about the choices and importance surrounding personal finance. Though most teachers don’t have this type of educational background, it doesn’t mean they’re unable. “Their lack of confidence and knowledge is probably one of the biggest roadblocks,” he says. “But when you teach it, you learn it.”

For now the answer may be to just take a stab at it. Seek out some resources—from a corporation or public body—and start a conversation. Talk about realistic expectations for a salary, how much homes cost, how to save for education, how to comparison price shop for groceries. Send home some research projects about comparing TFSAs and RRSPs.