The Promise of Bilingualism 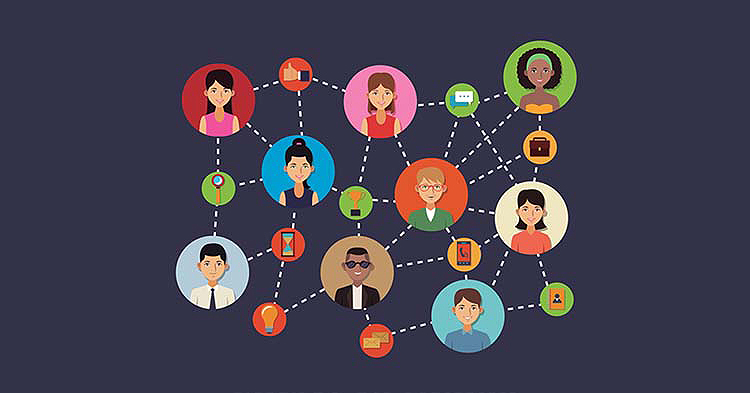 From a young age, I wanted to be bilingual in English and French. I am not, however. It is a big regret that I am working to rectify. I started off in an environment that should have been conducive to bilingualism: I started French language instruction in the Alberta school I attended when I was 5 years old. I remember playing lots of verbal games and having fun.

I also had maternal grandparents living in Montreal who had a working knowledge of French and would teach me a few phrases over the telephone. My neighbour and best friend was francophone and I used to enjoy hearing her speak with her family. My father studied both French and German at school and would relish starting small French conversations at the dinner table (to which my mother strongly objected as she had received no French language instruction in school).

When we moved to Ontario, French instruction started in grade 6 and it was very different. We had livres and cahiers. We asked and answered the same questions every class: Comment t’appelles-tu? Quelle est la date, aujourd’hui? Quel temps fait-il? We conjugated verbs and wrote sentences in our cahiers.

Despite this sharp contrast in instruction, I stuck with French, all through high school, even being placed in Enriched French in Grade 11. The bulk of my education, however, had heavily favoured grammar and mechanics. We spoke in class, but it was to answer questions for which a person could rehearse the response. We were not engaging in conversation, certainly not the kind that could help you outside of the classroom. Hence, during my first trip to Montreal, I felt like I didn’t understand anything. I could read and write but my oral skills were dreadful.

I was not becoming the bilingual person I thought I should have been by this time. My confidence was lost and I gave up trying to learn any more. What I did not give up on was the idea of bilingualism nor the belief that Canadians should speak more than one language and hopefully, both official languages.

In the early 2000’s French Immersion programming was growing at a rapid pace in Ontario. Even before my daughter was born, people started asking if we were going to enroll her in French Immersion. I kept saying we had to meet her first, to see if an immersion program would be a good fit for her. I recognize the benefits of speaking more than one language and I wanted that experience for my child, but not at any cost. Learning a language, as I had experienced it, was hard and not always fruitful.

I thought all parents were similarly reflective on the merits of enrolling their children in a French Immersion program. I came to discover that many parents see French Immersion as a form of streaming, a public form of private school. It has morphed into a type of elitism. The programs can be overly populated by girls, lacking enrollment of students who are ethnically and racially diverse.

I have seen children whose home language is not English and those with learning disabilities moved out of immersion to the English stream. I know of parents who felt they had to choose between gifted programming for their child or staying in French Immersion despite the fact that, in the Ontario public school system, students who require support, modifications, and accommodations are entitled to obtain those services whether they are in an English or French stream.

There is also another factor at play: social class. Statistics suggest that students in French Immersion programs tend to come from higher socio-economic backgrounds. In truth, many French Immersion schools are located in higher SES neighbourhoods.

When my daughter was born, we quickly discovered that she had an affinity for language. She was speaking quite clearly well before she was a year old and reading before she started school. We thought adding French would be a challenge she could handle. Thus, I realized we had bought into the notion that a French Immersion program would be more demanding, possibly a “better” education. I was also holding on to the promise of bilingualism for my child and all the doors that could open for her.

In our local school board, the immersion program started in Senior Kindergarten so that’s where we enrolled her. We were lucky, I realize in hindsight. We didn’t have to enter a lottery to get her in to the program, line up for a first-come, first-served spot or move to another neighbourhood. We just registered her at our local school and hoped for the best.

As we had expected, she easily incorporated an additional language into her repertoire. She also had excellent teachers, many of whom were francophone. They used gestures and songs to teach, similar to the Accelerated Integrated Method (AIM). Again, she was lucky.

When it was time for high school, even given the plethora of specialized schools in the city, my daughter decided that French was important to her so she wanted to stay in French Immersion. The high school that offers French Immersion programming is not her home school and it’s one of the few that has closed enrollment. If she decided to leave the program, she’d have to switch schools. She was adamant, however, that she wanted her French to grow.

When she came home in Grade 9 full of enthusiasm and excitement about an exchange program in France, we knew she had to go. Her exchange partner lived with us for two months and we watched her English blossom. When we sent our daughter to France, we knew she’d be coming home with a deeper sense of both English and French language and culture.

Our daughter considers herself bilingual and has a deeper appreciation for linguistic roots and the subtle ways in which culture is expressed and understood through language. As she plans to head to university in another year, she is considering studying in Ottawa or Quebec. She wants to study in English, but live in a community where she can use her French daily.

I am thrilled that this is her approach because one of the failings of French Immersion is the limited opportunities to use French on a daily basis outside of school. My daughter was again fortunate to have a positive exchange experience and a partner she chats with online regularly to keep her conversation skills up. We also have francophone neighbours who regularly converse with her.

My daughter has inspired me and her experience learning language has convinced me that I need to reinvigorate my desire to speak both official languages. I, too, have begun French conversations with my neighbour. To—in some way— address the dearth of French teachers, I have organized a community learning experience in Angers, France for teacher candidates through my university which has given me the impetus to work on my oral communication. I have had to email the teachers in France so I have begun to hone my reading and writing skills. I am apprehensive, but I realize the only way to learn is to try.

I often think back to a camping trip we took to the east coast when my daughter was 9 years old. We made a stop at a private campground near Trois Rivières. The only English-speaking person that worked there, the owner, was away when we checked in. We stood in amazement as our little girl walked up to the counter and booked a site for us. Later that evening, the owner came to our campsite. He wanted to meet the little “French” girl with the English parents. He sat and chatted with her for over half an hour. It was this kind of experience that I had hoped being bilingual would bring to my daughter’s life. To me, this epitomizes Pierre Trudeau’s dream in creating the Official Languages Act. The challenge is, how do we ensure all Canadians benefit from this richness?