Making Social Media Work for You 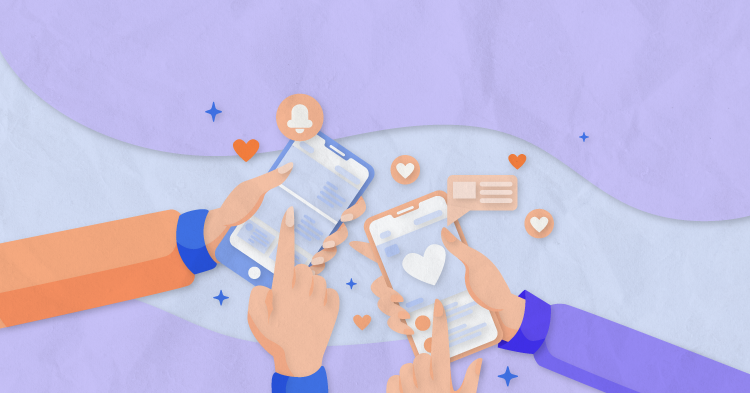 Digital communication, including social media, is more than just a fact of life. It is life, integral to the professional and personal existence of many students and teachers. Teachers flock to Twitter to ask other educators for advice. Instagram provides visual accounts of student work and classroom arrangements. Posting news on Facebook has, in some schools, all but replaced printing paper newsletters.

Some school districts and classroom teachers have official social media accounts. While some educators used to dismiss social media, now teachers use it not only to plan their lessons, but also to deliver them.

This is vastly different than outright banning mobile devices in the classroom. And, some say, more realistic.

“We live in a world where everybody has a phone,” says Jon Hamlin, who teaches information technology at Pinetree Secondary School in Coquitlam, BC. “If we’re going to paint that different version of reality within our classroom, then we’re not really doing the students much of a favour.”

Social media can work in various subjects. Teachers post videos detailing math lessons on YouTube. Students learn about geography and social studies by connecting with other students worldwide in real time. Some classes participate in “Mystery Skype” video calls. Two classes chat with each other, without knowing where the other class is. They ask questions to determine the other class’s location.

Students use social media to engage with historical events or literature. They may create a mock Facebook account offline for literary characters or historical figures. They can directly communicate with the authors whose books they read, or learn more about current political leaders on Twitter or Skype.

More simply, teachers can use social media to explain how people communicate differently in different contexts. Students may not need to use proper capitalization or spelling in texts or tweets, says Cari Wilson, a Grade 7 teacher at Ridgeview Elementary School in West Vancouver, BC, but they need to write correctly when completing class assignments.

“You would send an email to your boss one way, but you would text your friend a different way,” she explains. “They’re both communication, but there are rules that go with both of them. That’s an important thing for kids to know.”

Teachers also need to understand the rules of social media. Many people worry too much that digital communication can seriously hamper meaningful thinking. If teachers want to use social media wisely in the classroom—either by teaching about it, or teaching with it—they need to break the rule of instant communication. They’ll need to seriously think about why and how they’re using social media, and help their students do the same.

Teachers should only use social media as a teaching tool to improve their students’ education. “If it’s not to the betterment of your kids, why are you doing it? It may not be for you,” says Brian Aspinall, an elementary teacher in Chatham, ON, who speaks and blogs about technology and educational reform. “Don’t do it because you went to a conference on Twitter and someone said you should do it.”

Different social media platforms work better for different tasks. Teachers need to use them accordingly. Aspinall adopted Twitter years ago, and often uses it to gather feedback from other educators. But that’s not his primary way of using social media with students during class. He teaches in an open-concept school; students from various grades work in the same space. Students may not have a teacher nearby they can ask for help. Instead, they often post questions on Snapchat. That’s helpful, Aspinall says, because posts don’t remain visible, preventing online clutter. He showcases classroom projects on Instagram, like a gallery.

Teachers need to use social media responsibly themselves. Hamlin advises teachers thoroughly review their own digital profile—even posts from years ago—to ensure it reflects the image they want others to see. He teaches his students to do the same, with a whole unit devoted to understanding their digital footprint. Online posts reflect character, he tells his students, but the nature of digital communication means students may not have the chance to explain what posts mean.

“People don’t have the opportunity to hear your rebuttal or your voice when they see content online that reflects poorly on you,” Hamlin says. “They’re not going to stop and ask you to clarify that. They’re going to make judgements and make assumptions.”

Teachers need to clearly explain how social media works before they introduce it to their students, says Nina Silver, a Toronto high school teacher who has been involved with the Association for Media Literacy for nearly 30 years. This means educating students about who owns and can use the content they post, and reminding them about how fast—and far—digital information spreads. Teachers need to do this even if they’re using social media to teach math or science and not a specific media literacy course.

Social media is a tool, just like calculators, computers and textbooks, Silver says. “We have to teach them certain concepts about using those tools first.”

One way to do that is to have students manage a classroom social media account. That’s what Cari Wilson is doing this year. She’s divided her students into pairs. Each pair posts to the class Twitter account for two weeks—on Tuesdays and Thursdays because they start with “T,” like “Twitter,” she explains. Students can only post from her device. She approves all posts.

Students aren’t graded for this, but Wilson says it’s an important way to teach them about being good digital citizens, a vital skill in a digital world.

“I think part of that teaching of digital citizenship falls on the school,” she says. Parents may not have the knowledge or time to teach these skills to their children, she adds, and teachers see the “fallout” of poor digital citizenship: cyberbullying, or students becoming upset when they misinterpret text messages.

Social media increases teachers’ connections—they often communicate with other educators on it, and then meet them in person at conferences. But for many students, social media adds a frustration and anxiety to social interactions. Teachers need to consider this.

Today’s students are more likely to be on Snapchat and Instagram, and they’re not all using these platforms positively. Aspinall sees students defining their self-worth with it, taking dozens of selfies before posting one they think will get the most attention. “They’re looking at these metrics as sort of self-worth and I think we’ve got to start unravelling that,” he says. “We have to acknowledge that it’s OK to not be perfect.”

Teachers should be honest about how the stress of social media affects them, says Wilson. She’ll tell students about how she finds it difficult when she can’t respond to messages from other teachers while she’s cooking, for example. It’s similar to how some students may feel when they can’t respond to messages at night because their parents don’t want their phones in their rooms. Adults don’t often see this level of communication, so they don’t understand why it’s important to kids, she says.

Wilson wants the classroom Twitter account to help students learn to navigate the social pressures of social media before they enter high school and the pressures increase.

“As a teacher in the classroom, you’re the one who’s kind of guiding the ship,” she says. “You know where you want the ship to go, but having the kids help guide the ship, and helping them teach each other and teach you about things gives them a power that I think kids find really exciting.”

It can be positive, if teachers direct it properly. For the past few years, Nicole Blais’s students at St. Mary’s Elementary School in Lloydminster, AB, have been Skyping with classes in Uganda. (The school has a connection with Our Village Uganda, an organization that educates children in northern and eastern Uganda.)

Social media helps the students understand life in other countries. Textbooks can only explain so much; social media can really help students “get” what poverty looks like, says Blais.

“I really believe in… making [students] realize that there is more than just the four walls around them, and that it’s not all about being in the classroom,” she says.

Her students have raised thousands of dollars for Ugandan students, helping the school purchase windows, doors and a playground.

“They actually get to see the difference that they’re making in someone else’s life, even though they may not know that person very well or they may not ever meet that person in-person,” Blais says.

That’s one digital footprint worth preserving.

Meagan Gillmore is a freelance writer based in Toronto.